STAGE HYPNOSIS, HOW IT WORKS

When clients come to see me for the first time many are a tad anxious about being hypnotized ………. Most of these because of what they have seen with a stage hypnosis show. 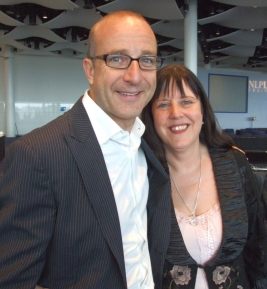 How can anyone make someone do those things in front of an audience?

The main thing with stage hypnosis is the expectation and anticipation of the audience.

Just before the show posters are displayed advertising the show. They will explain how the Hypnotists is one of the worlds best and other exaggerated claims such as "Master Of The Mind".

So in the eyes of the general public who don't understand hypnosis and how the mind works nor crowd control; a hypnotist is a person with amazingly mysterious powers and skills. The stage hypnotist uses this ignorance to his advantage.

Those drawn to see the show already have preconceived ideas thus their own susceptibility to suggestion has already been heightened. Without realizing it they are already in a level of trance. So rapid inductions are now easy to achieve by a skilled hypnotist.

With a stage setting many people are drawn to see the show as if by some compelling inner force. They are already being controlled by their anticipation. Some of the audience already on the verge of, or already in, a level of trance and moods and feelings are contagious.

We do love to follow the crowd and be just like those around it. This is how mobs and riots occur, how a skilled politician can sway a crowd. This is how Hitler managed to control a nation.

A skilled hypnotist will use this to his advantage.  To turn a gathering of people into a crowd you need eloquence and stage presence. You need to have everybody's attention, and as you talk to them and they listen, by suggesting what they will or will not experience, by adding strong emotional content, with repetition, with their minds collectively focused on a single pointed idea, that idea being trance, you already have most of the crowd in trance, and they don't even know it!

When the call for volunteers arises in a hypnotic show certain individuals just can't help but put themselves forward, moved as if by an invisible compelling force. That is to say, moved by the suggestions that the hypnotist has already made.

They come forward as the post-hypnotic suggestions are made calling for volunteers. The fact is that they are already being controlled because their trance has already began. Maybe it started when they first heard about or saw a poster advertising the event, it may have occurred only minutes beforehand as they were listening to the hypnotist. But it has already occurred.