Over the years I have helped probably tens of thousands of people to stop smoking.  Combining NLP & DHE with formal trance to do this.

An addiction is said to be an unhealthy dependence on a substance.  The persons doing the behaviour, do so because its pleasurable.  Many addicts start out using their drug of choice because it makes them feel good.  Although from the people I’ve helped stop smoking probably only around ½ of 1% have said this of their first cigarette; most hated it and yet persevered until they could do so without feeling sick etc.

I’ve often thought smoking would never be allowed in today’s society.  If tobacco was a new discovery, it would need to be tried and tested before it reached the general public.  Maybe it would even become one of those drugs, that was classified as dangerous and had to be bought illegally.

Society is so accepting of tobacco that it never stops to think about the truth.  People rarely consider the dangers of second hand smoke; and parents smoke around their children, despite the advertising, teaching them by example that its an acceptable thing to do.  People never consider that the smoking related diseases can happen to them.  All those adverts showing the dangers and the health related issues it causes having very little affect as the smokers totally disassociate from the possible effects.

When someone contacts me to stop smoking I’m interested in their motivation to do so.  People motivate themselves in different ways, some are more motivated by the bad things that can happen moving away from pain; whereas others are more drawn to pleasure.  I find using the pleasure pain principle in my sessions is one very effective way to ensure compliance from the unconscious mind to stop the desire to smoke.

Many contact me because they think that they should stop not because they really want to.  Some feel pressurized by their families to stop and yet they would prefer to continue because they enjoy it.  And some have had enough; they hate the way it makes them smell, they’ve lost their sense of taste and they way it affects their skin.  And that the whites of their eyes are more off white, and there are those lines that smokers get around their mouths and their eyes not to mention yellow fingertips.  Not particularly attractive.

Over the years that I have been in private practice those who have decided they have had enough of smoking and really want to stop achieve this simply and easily without any withdrawal or cravings.

Most of my clients beat their addiction with just one session.  Removing cravings and giving them a healthy habit free life, as well as saving them money.  Many don’t even consider stopping until in their late 30’s having spent around 15 years smoking that’s around £37,000 they have literally set fire to.  That same person will have spent around 4,000 hours of their life smoking.

Many people smoke because they believe it relaxes them, and yet many of my clients have said when they stopped smoking their anxiety lessoned and in some cases disappeared completely.

After having stopped smoking for four or more days, your body loses the adaptation to the poisons in tobacco, which means that when you do smoke it will probably taste horrible; you may cough, feel dizzy and sick.  People stop smoking when in hospital or when they are ill and then find they have to retrain themselves to be able to “enjoy” smoking again as their body has already begun to heal and let go of the addiction.

The fact that tobacco smoking shortens your life has little effect on the young because most users feel little or no effect in the first 30 years of smoking.  If there were high emphysema or lung cancer rates among smokers in their twenties, the tobacco industry would have gone bust years ago.

I ask those who contact me to stop smoking and yet they are not sure; whether they would prefer to face old age with a smoking related disease or without it.  Do you want to do the best for your body or not?

Smoking is like gambling, playing Russian roulette with your future.  You throw the dice you get a 1 and you’re fit and healthy; you throw a 2 you have heart disease; a 3 gives you cancer (throat, mouth, larynx, esophagus, lung, kidney, bladder, pancreas, stomach, leukemia and cervix); a 4 gives you emphysema; a 5 can lead to an increased risk of stroke and if you throw a 6 there’s always stomach ulcers.  Not to mention gum disease (leading to tooth loss), brittle bones, eye cataracts, erectile dysfunction and premature lines and wrinkles.

Smokers consider smoking to be a pleasurable pastime, assuming this to be so the only valid reason for smokers to stop is the danger to their health.

Within trance the smoker begins to realize just how they are gambling with their health and wellbeing; the hypnosis session also helps them to focus more on how they want to be once they are a non-smoker.  Making this desire more achievable for them. 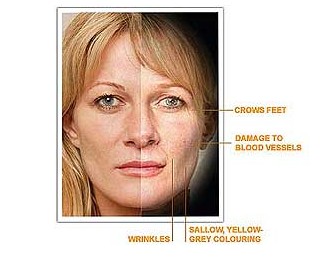 When smokers finally do decide to stop and stop; other smokers usually try to get them back into the habit.  Not only are they challenged by having others around them smoking but also by someone saying “oh go on just one wont hurt”.  They see the so called normality of smoking around them and may be tempted.

Whilst in trance its easy to add the suggestion that smoking means nothing to them, so that it doesn’t matter if other people smoke.  This way when the ex smoker is in a situation with their friends, family and colleagues it wont bother them that they are smoking.

Hypnotherapists help many smokers achieve their goal to stop smoking; its one of the problems that many people naturally think that hypnosis can help; and the results we achieve are astounding.  Hypnosis can help people stop smoking simply and easily without cravings or withdrawal.

Why do people talk about hypnosis as the main tool to stop smoking and how does that affect you?

At the session before the trance is designed for my client, I get some details from them regarding how long they have been smoking; how they came to the decision to stop smoking and if they have any health issues that their doctor has mentioned to them regarding their smoking.

Deciding to become a smoker is not a decision that people take logically, its an emotional one that is taken on an unconscious level.  Which is one of the reasons why hypnosis is so effective when helping people to stop.

Whilst in a trace its easy to be able to reinstall the brains original thoughts about smoking.  So that stopping becomes the right thing to do; without any inner conflict.

In a stop smoking session the hypnotherapist will be helping you stop smoking by getting an unconscious agreement from you.  So that you wont feel cravings or withdrawal; this can also be used to ensure that you wont swop the smoking for something else; sweets etc, so that you don’t put on any extra weight either.

The good news is that the nicotine is out of your system without a few days; many who quit by going cold turkey say that it’s the first few days that are the worst.  By using hypnosis you deal with the emotional and psychological addiction of smoking with the unconscious agreement to stop.

Working with the positive as well as the negative aspects of smoking it enables the hypnotist to design and create a propulsion system that motivates the smoker even more to stop.  Moving away from the negatives, the possibility of ill health and disease; leaving them in their past with all the other things that they used to do whilst they plan for a healthier future.

Thinking about all the benefits they will have as a non-smoker.

Its also possible with NLP and hypnosis to attach a negative response to the product.  So that on those occasions when people offer them a cigarette they automatically find themselves saying “no thanks” because the thought of smoking is distasteful whereas they thought of being a non-smoker is extremely appealing.

By using an NLP technique known as anchoring you can attach a feeling of revulsion to the thought of smoking.  Our memories are stored as association with our senses.  When you hear that song you remember an occasion; or maybe there is a particular smell you enjoy because of the memories it brings back to you.  Smells are particularly powerful anchors to times and events. My mother used to wear Esther Lauders Youth Dew and whenever I smell that perfume I immediately think of my mum; my daughter loves this scent as it brings back wonderful memories of her nanny.

Smokers have times when they think of smoking; the first one in the morning, when they’re on the phone, with coffee/tea, after a meal, with a drink and of course the post coital cigarette after sex.  By using anchoring you can change this association unconsciously helping to stop cravings at those times.

Many people do contact me because they think I can make them stop when in reality they just don’t want to, hypnosis is not the mind control technique that is often represented on TV and in the media.  In fact, you cannot make people do anything using hypnosis that they don’t want to do; hypnosis is a great tool to help people make the changes in their lives that they want to.

So for those who have decided its time to stop, this is the perfect way to do it.